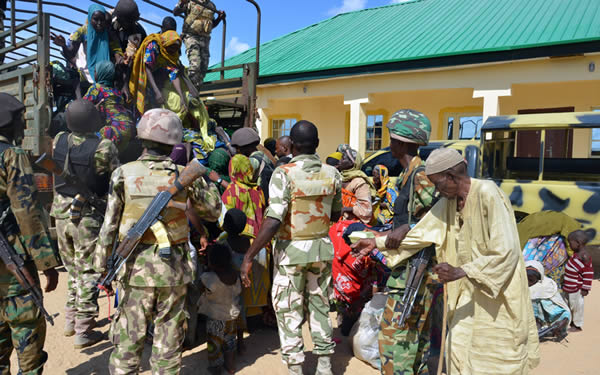 The Southern Kaduna Peoples Union, in collaboration with Coalition of Professionals in Southern Kaduna, on Friday staged a peaceful protest in Gwantu, Sanga Local Government Area, over “incessant attacks by herdsmen”.

Many communities in the area had come under attacks that claimed scores of lives.

The protesters, who were led by SOKAPU President, Mr Solomon Musa, and the Chairman, Coalition of Professionals, Mr Mark Jacob, condemned the “systematic and continuous killings of innocent people” in the areas.

Musa said that the people took to the streets to appeal to people of good will and conscience to reach out to the authorities to tackle the security situation in the area.

He said, “We want to tell the whole world that there has been enough bloodshed here; we want everyone to know that harmless and armless people in Sanga and other parts of Southern Kaduna are being killed.”

Musa called for a joint military operation to stem the tide of the killings as was done to other crises-ridden areas.

He claimed that more than 50,000 people had either been killed or displaced from 24 villages since the first invasion that took place in 2011.

“Those natives have yet to return home as herdsmen have converted their farm lands into grazing grounds,” he said.

The President said that the people of the area had the right to live in peace and pursue their livelihood in a free society as guaranteed by the Nigerian constitution and the United Nation Convention charter.

He said that the protest was not motivated by any political, religious or ethnic affiliations, pointing out that the people were only united in their grief and their desire to be protected.

Musa commended Gov. Nasir El-Rufai over his recent visit to the ravaged villages, and urged the government to back its words with actions by deploying adequate security to the area.

Jacob, in his remarks, regretted that people were killed “barely two days after the visit of the Governor”.

He said, “One Pastor Luka Ubangari of the Redeemed Christian Church of God, Ungwan Anjo in Godogodo was killed not long after the governor left.

“Two days ago, the attackers went to Ningon and killed Mr Gambo Sule and Benjamin Auta.

“A major concern for us is that in spite of these massive attacks, no one has been arrested and charged to court.”

The protesters also solicited assistance for the Internally Displaced Persons from members of the public, Churches, Mosques, corporate and public organisations, NGOs, international agencies and governments.

The protesters carried placards some of which read: “Enough is Enough,” “Stop the Genocide,” “Free our children,” amongst others.